Valorant released its “Competitive” ranked mode just recently, and it is becoming a staple for ex-CS:GO and ex-Overwatch players to grind through. Here's what you need to know.

Your favorite streamers have probably posted their ranks or match experiences on social media to give you a sense of how good they are during the closed beta. Let’s take a deep dive into how the system works, how you can grind ranks and what it all means up until release! 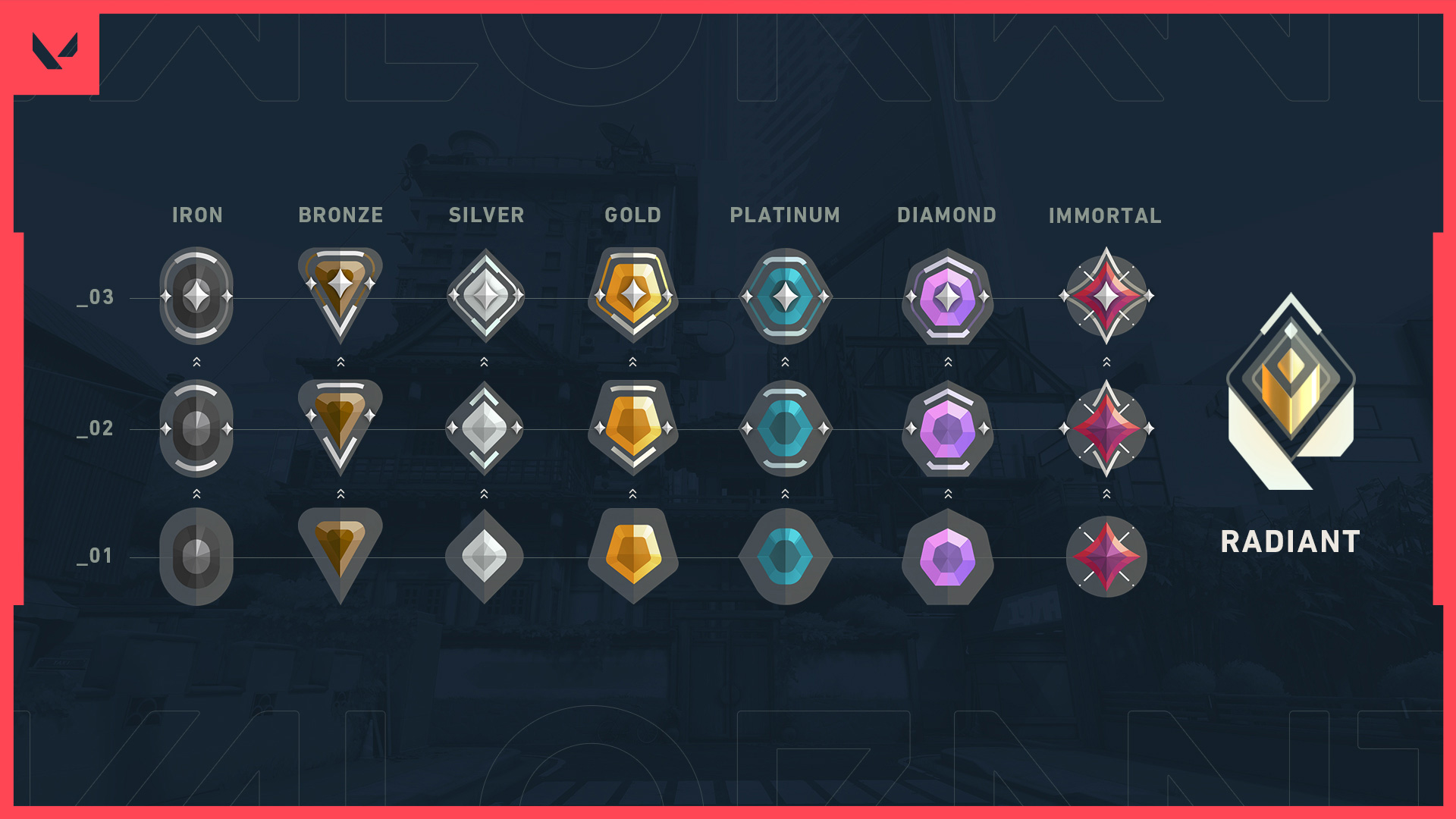 There are eight (8) ranks in Valorant Competitive. Each rank has three levels (very similar to League of Legends) with the exception of Radiant (the highest level).

This means you can push or drop 22 levels in total for your competitive experience. Each ranked level has an icon associated with it to give you and your teammates a visualization of what your current rank is. Here are the total competitive ranks you can achieve, in order:

How To Get Your Initial (Hidden) Rank

To get your first Valorant competitive rank, you will need to fulfil the initial requirements. The first thing you need to do right after install is to play 20 unranked games. If you've already been playing in the beta, your past games count toward this initial 20 games.

This feeds the system data for what kind of player you are and how you should start off in your ranked games. This also allows you to learn and understand how the game works with other players before diving into the competitive experience which might be a bit too difficult for brand new players.

How To Get Your Rank 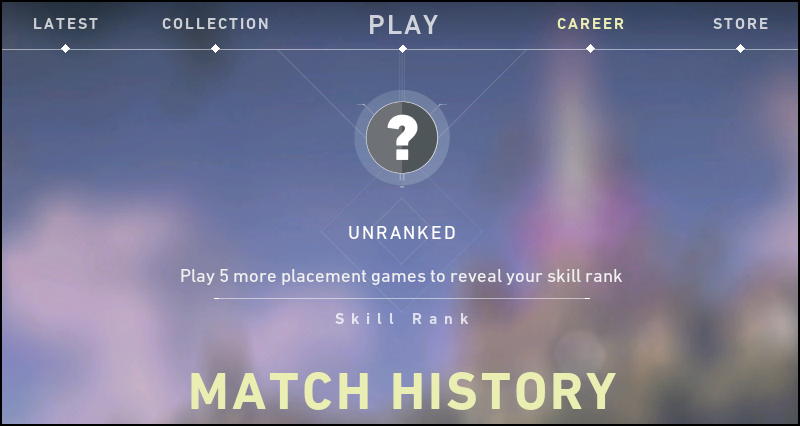 After playing 20 matches in unranked, you will play 5 ranked games with either unranked players or players who have finished their placement matches. The competitive system will take into account how you are doing against the upper and lower ranked players in your game to determine if you will gain rating or lose rating.

This is important because you can still technically gain rating on a loss or lose rating on a win (which both are very rare).

After completing your first 5 competitive games, Valorant will assign you a rank for your upcoming competitive games. You will be placed in matches with ranks 5 levels (or two ranks) above or below yours (this is also how queuing with your friends work).

If your friends are 6 levels above or below yours, you will not be able to play with them until you gain rating to match theirs or they gain or lose rating to match yours. 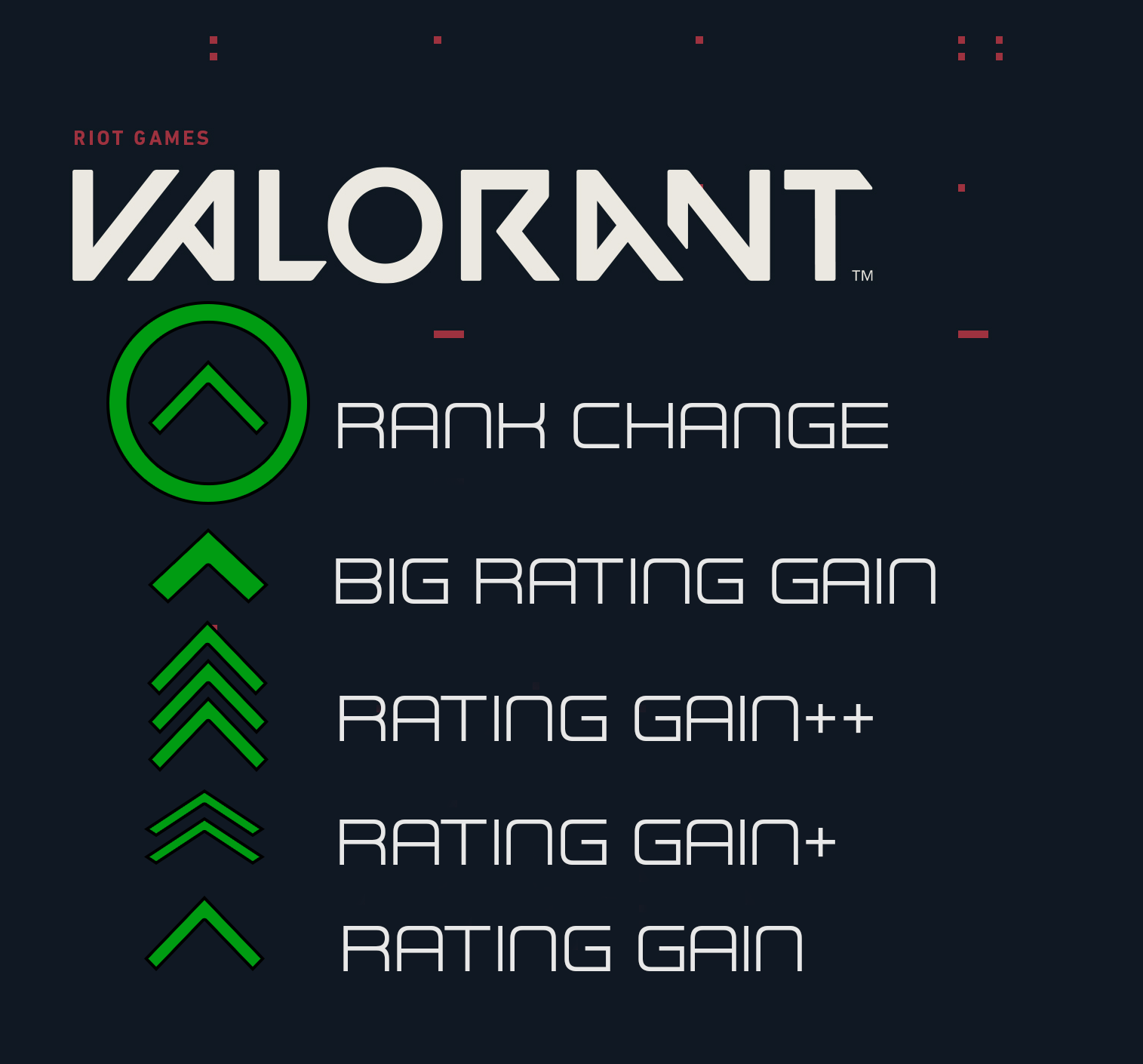 While playing the competitive game mode, your rank will fluctuate based on wins and losses, your contribution to the objectives, kills and last but certainly not least, your use of abilities and utility. The most important thing for your rating is wins, but your individual achievement in these games also matter. You will need to plant and defuse bombs, get entry/initial frags or “first blood” kills. You will also need to use your smokes, molotovs, acid bombs or walls to assist your teammates in kills and objective wins. The more you contribute, the more the ranked system favors your climb. You cannot rely on kills alone for ranking up.

There are three (3) different types of rank effects with different symbols to take into consideration. 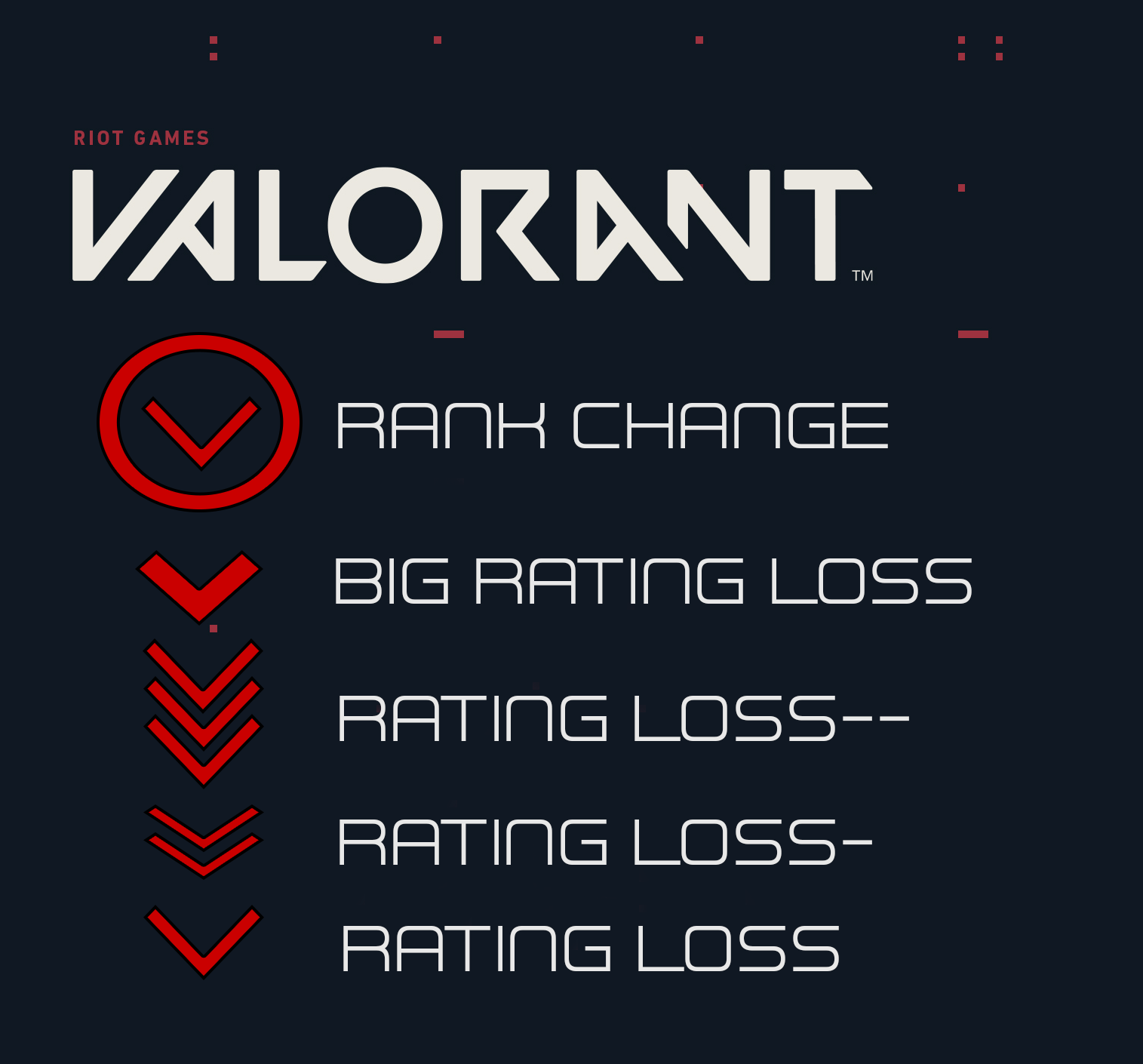 Riot has made it very clear rank decay will NOT be featured in Valorant beta or full release. You can get comfortable knowing the work you put in will last if you need to take a break from playing the game. This is great because Valorant, unlinke CSGO, has a very short learning curve to it. So if it comes down to relearning the game or fitting into a new meta, you can do so in a relatively short amount of time compared to CSGO. If within 14 days you have not played a match, your rank will be hidden until you’ve completed a competitive match.

Everything (including skins and stats) will be wiped after Valorant closed beta. This competitive rank system is a great way to start to understand how you will play the game on full release, so wiping the ranks is a smart and common move. When the rest of the world is able to play, your advantage will be in knowing how this system works in your favor to grind to Valorant!

Update: With the game now officially out of closed beta, any beta-earned ranks have been reset, but the above advice is still stands! Good luck climbing the ladder.

Find other Valorant players and more on the official SteelSeries Discord server!