Time to take a trip back to 2012 for another profile of one of the legendary esports players. This time around, we talked to Carlos "Ocelote" Santiago, who made playing League of Legends professionally his claim to fame. Here's our chat with Ocelote, and how he made his way to the top from humble beginnings in his parents' suburban home in Madrid.

(Editor's note: We recognize the outdated capitalization of "eSports", but have left it as originally written for nostalgia's sake.)

As a kid, Carlos "Ocelote" Santiago never dreamt of becoming a rockstar who would earn millions of dollars, instead, he was hoping he could make a living out of something he enjoyed and had fun doing. Now at 21 years old, Carlos plays League of Legends professionally and has extended his childhood dreams into a much bigger reality.

On the wall in Carlos' room, in his parents suburban home in Madrid, hangs a picture of a house. He can't remember where he got it from, but he has a firm belief that some day he will be able to buy it for him and his family.

"It looks awesome, beautiful, welcoming, peaceful and... expensive as hell, but I know I will end up having that house. Exactly THAT one," Carlos says in an enthusiastic tone. "I like that one, and I’ll have that one, somehow. If you visualize your dream and believe in it, it will come to you eventually."

It isn't enough to just dream it however, and Carlos knows better than most people his age that achieving your goals takes work – and lots of it.

Before League of Legends was even an idea, Carlos was grinding out hour after hour in another game designed for casual players. When he picked up World of Warcraft® (WoW) it was a sudden urge that drove him to buy the MMORPG.

"I got into it (WoW) by coincidence. One morning I went out to a shop and bought it for no apparent reason. I just thought it was a cool idea to start playing one of 'those role playing games.'"

But playing a MMORPG and staying cool is a hard task for a teenager, and after playing it for a while, Carlos decided to quit the game so he would not "have to hide the fact that he played the game" from his peers, as he puts it. He gave away his account and left the game, thinking that he would be better off without it. After weeks of contemplating whether he should give in to what people would be thinking about him, he bought a new account and started playing again.

"I then told my old guildmates I would become one of the best Warriors on that server - they laughed at me," 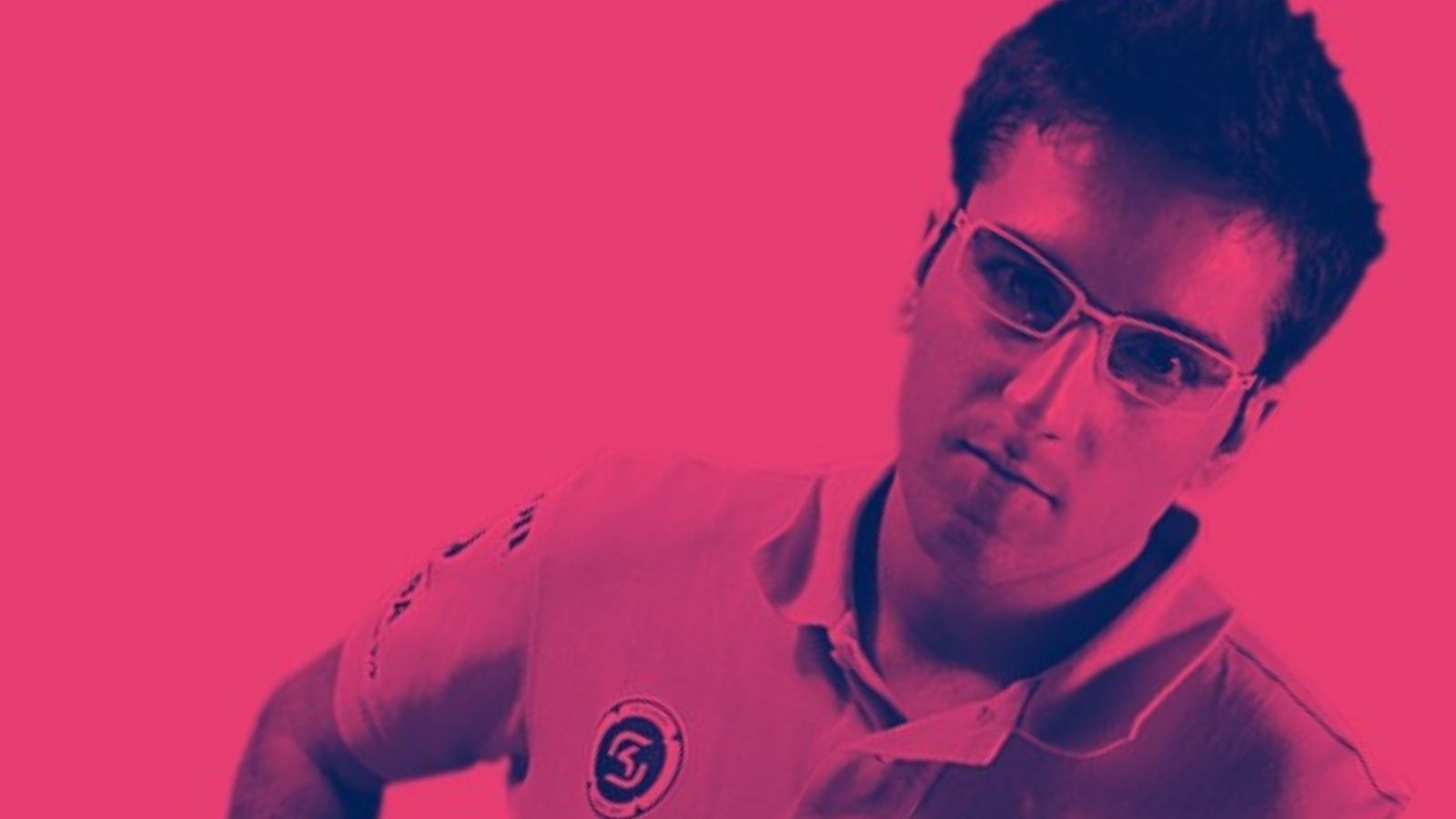 "After many weeks of thinking, I bought World of Warcraft again and created a Level 1 Gnome Female Warrior on the same server I was playing on before I decided to quit. I then told my old guildmates I would become one of the best Warriors on that server - they laughed at me," Carlos remembers.

"I got my Warrior up to max level in two weeks, and started to play PVP Arena with whatever equipment I had gathered at that point."

I achieved rank one on the server with it and after that my old guildmates didn’t laugh anymore. That's where my eSports career started.

When Carlos was born in 1990, the city of Madrid wasn't the economical and political powerhouse that it is today. As Madrid grew in economic and political importance up through the latter part of the 20th century, so did its municipal area and surrounding community, turning it into the most important city in Southern Europe. Carlos grew up far away from the hectic life of the industrious metropol however. In Las Rozas, a municipality approximately twenty kilometers north of Madrid's centre, the pace of daily life hasn't changed in the last twenty years.

"The place where I live is completely different from what the center of Madrid looks like, Carlos said when asked about how it feels to live in Las Rozas. "There is a relaxing feel about the town and sport is at the core of the lifestyle around here. I like that," he adds.

One might certainly say that sports is a huge factor in Las Rozas. In addition to having divisional teams in the two most important sports in Spain, Football and Basketball, the municipality is also home to the headquarters of the Spanish Football Association, RFEF. With a well developed hunger for competition, Carlos thrived in this environment.

"Competition and respect were the most important parts of my childhood, and I always worked hard to improve these two aspects," Carlos says before admitting that he didn't always pay people the respect they commanded. "I was that kind of 'imp' kid that always managed to get on the adult's nerves. However not in an evil way, I always tried to do it from a funny perspective."

Still living with his parents, Carlos has managed to find the balance between fulfilling parental expectations and chasing his dream. In fact he has turned his parents over on his side and when asked about it, Carlos becomes quite emotional.

"I was that kind of kid that always tried to do what made me happy, without caring too much about what others thought about it."

"I'm almost speechless about their support. My family gave me the wings I needed in order to grasp this dream. They supported me when they saw that I had a chance of making a living out of it and understood the passion I had for gaming," Carlos says before explaining what it is that makes it so special for him.

"Being backed up by your brother, mother and father is such a great feeling. It really helps me achieving my goals." 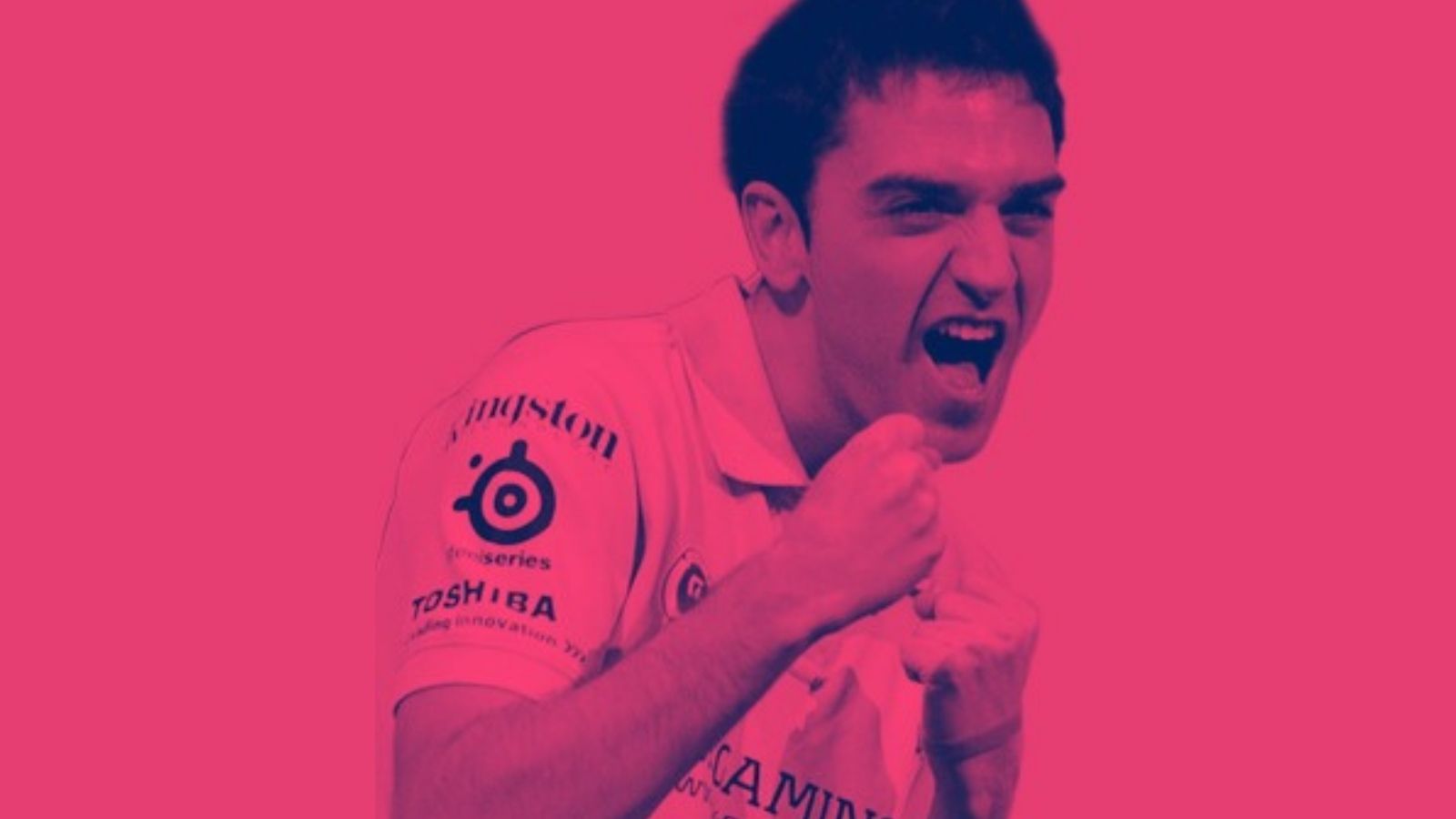 One of the most striking things when talking to Carlos is the aura of confidence and calmness that emits from him. Albeit not rare qualities in a business that is so dynamic and changing as eSport, it is rare to meet a 21 year old who is seemingly resting in himself.

As most boys, Carlos was headstrong when he was a kid, going his own ways. But contrary to most people his age he has kept his childhood beliefs of doing things because he enjoys them. And that is what fuels his self-assurance.

"I was that kind of kid that always tried to do what made me happy, without caring too much about what others thought about it."

Not even when his parents complained about him playing for too long did he budge , but kept on following what he thought was the correct path for himself. "No one trusted in me" Carlos says about his early gaming years. His first flirt with high level gaming was a stint with the Spanish national team in Day of Defeat back in 2004, but it wasn't until he picked up competitive World of Warcraft that he really got to understand what professional gaming was all about.

Carlos’s first real taste of eSport glory came during BlizzCon's 2009 Regional Finals in Europe. Along with his teammates in Woah, Carlos had qualified for the event by partaking in the online ladder in WoW. As one of the best Warriors in Europe, the 18 year old had to cope with the pressure of performing on one of the biggest stages in competitive World of Warcraft. He did so with amazing ease, leading his team into the Grand Final with an undefeated record.

Here they faced x6tence, a Spanish team that Carlos was very familiar with.

"Oh man, I still remember," Carlos says and pauses for a moment. "We had won every single game at the event until the Grand Final, and we were ahead 2-0 in the deciding game. But then x6, who are good friends of mine, made and amazing comeback and ended up winning two straight matches with 3-2. It was such a disappointment."

Disappointment or not, Carlos went home with an invitation into the main WoW tournament at BlizzCon, and $2.000 in prizemoney. In Anaheim, California two months later, Carlos and his team were eliminated from BlizzCon 2009 by x6tence. Ending up on the 5/6th place out of eight teams weren't exactly what he had hoped for, but at that point Carlos was getting tired of competitive World of WarCraft.

"I literally stopped because the game was turning into a state where everything was about “counterpicking” the opponent. That could have only be trained if you level and gear up one character of atleast three to four different classes, and I didn’t have the time nor the motivation to do that. I loved my warrior, because it fit me perfectly. And WoW was dying as an eSport at that time."

The Switch to League of Legends

So after putting his beloved Warrior to rest on a frozen account, he turned to another game. Despite playing both Day of Defeat and CounterStrike when they were the most dominant games, Carlos has a special liking for casual-style games. So when League of Legends became available in beta, he jumped right on board and started playing it. To Carlos it was an easy choice.

"I saw the eSports potential in this 'beast of a game' and started playing it." 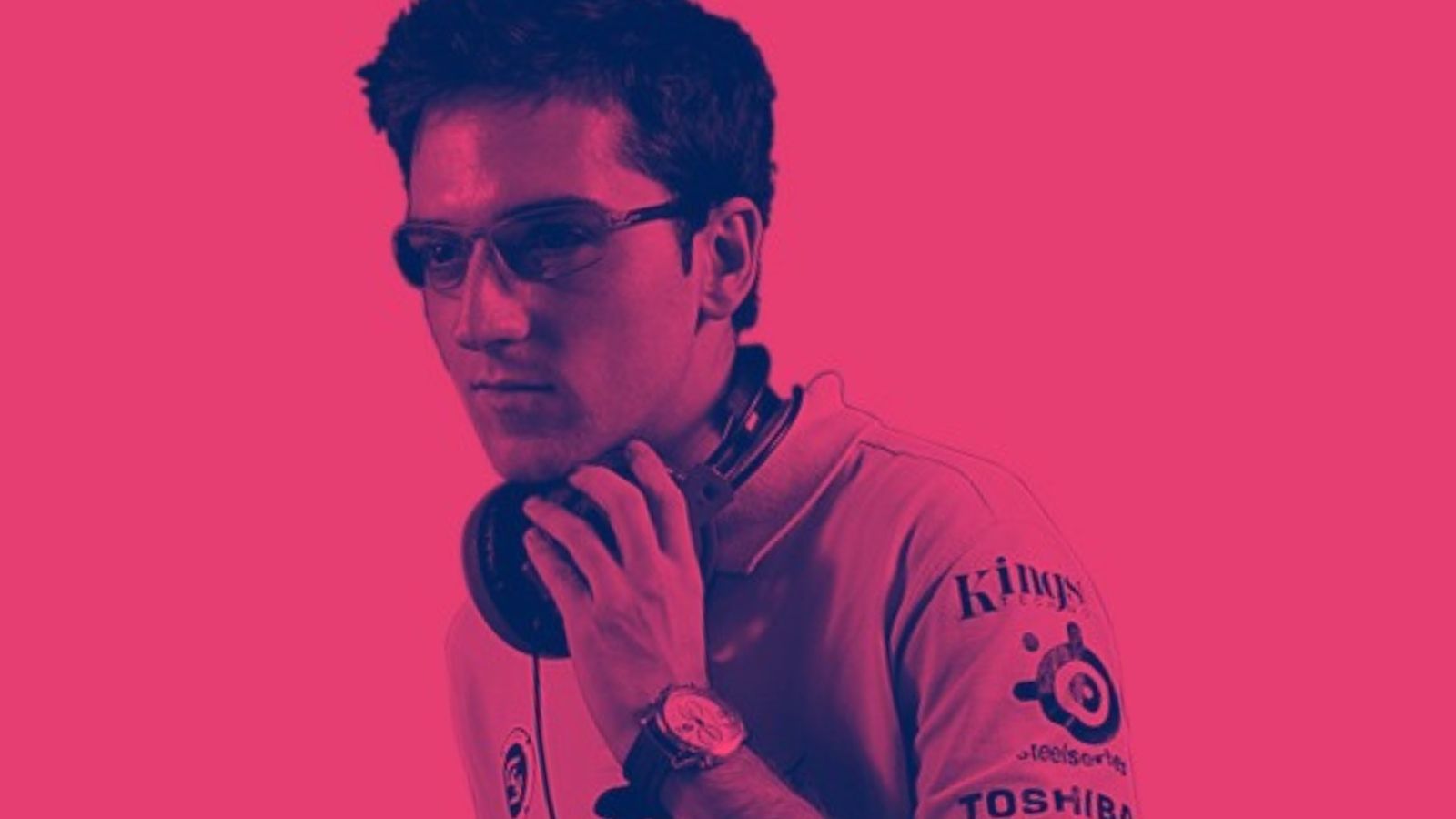 Having already been a top competitor in one game, it didn't take Carlos long to understand and master the game mechanics in League of Legends. His talents caught the eye of SK Gaming who added him to the team's League of Legends roster. They haven't had any reason to regret that decision, because in an industry where professional players want to just play, Carlos is a rare find. He combines a professional approach to the game with an immense fan appeal and a degree of showmanship that always catches eyes. On his personal stream, Carlos often attracts five figure viewership and his fanpage on Facebook has more than 50.000 likes.

Much of his success, Carlos ascribes to his 'controversial' approach. He likes to be the center of attention and that reflects on how he streams. But there is more to it than just that, he says.

"I’m controversial because I understand I’m big enough to be the center of many conversations. But I could go even further than that. People watch my stream because they believe I’m the rolemodel they want to follow, and not only that, I'm the rolemodel the European Gaming community has always lacked. Fair play, sportsmanship, happy character, motivation and success are the keywords I would use to describe why I’m the player most of people want to watch."

It might be so that they are some of the reasons why people tune in to watch Carlos play League of Legends, but more than anything else it is his dedication to his fans that has earned him so much of his fame. He knows that and he tries to constantly give back to those who support him.

"Streaming is just the way I have to give my fans the love they deserve. Streaming isn’t even an important part of my career, but a way to interact with the people that have helped me become an eSports star."

Connect with us on Discord, and find us streaming on Twitch, where you can catch new video premieres and giveaways every Monday for the next few weeks.